St. Joseph Mission and Cemetery, Bertrand
The French fur trader Joseph Bertrand arrived on the St. Joseph River some time after the Revolutionary war.  Some sources state that it was in 1812 that he first set up shop in the future Berrien County.  As the Native Americans of the area were slowly pushed off of their land by government treaty and land speculators, Joseph Bertrand shifted his focus from furs to real estate.  The location seemed ideal for a new town, being at the confluence of several important travel routes of the day: The St. Joseph River, the Sauk Trail which was being transformed into a Territorial road linking Michigan Territory and Illinois, and a north-south road linking the new towns of South Bend and Niles.
With land obtained from his wife, Madeline, Joseph plotted out a one square mile town near his homestead.

Mr. Joseph Bertrand owned a trading house which stood on the bank of the St. Joseph River.  Daniel Russell built the first hotel about eighty rods from the river.  In 1836 Captain John Silsby built a warehouse four stories high near the river bank.  Michael Leydell built the Union Hotel, where the first town meeting of Bertrand was held in 1836.  In 1836 Joshua Howell erected a four story hotel by the bank of the river which he named the "Steamboat Hotel".  A large tavern for the needs of the steamboating public adorned the bank.  At this time Bertrand was the mecca of many pleasure seekers, and thus the tavern was the scene of much revelry.  By 1836 Bertrand had three hotels, one warehouse, seven dry-goods stores, one drug store, two grocery stores and a post office.
(EHB, pg. 24)

This small village soon became a booming town with nearly 1,300 residents.  But a series of problems caused the city to fail almost as soon as it came into being.  First among the problems facing the small community was the prevalence of disease, particularly Malaria, which wreaked havoc on the citizenry.  A second and even more daunting problem was simply the change in travel patterns brought on by the railroad.  Steamboat and keelboat travel, though very important in the early days of the century, became less and less so as the years progressed.  The railroad had become the new method of transportation and movement of goods as the frontier of the nation moved further west.  Sadly, the railroad did not make its way to Bertrand, but instead it shifted north to Niles and south to South Bend.  The stage line that was once a vital connection between the railroad stations in Niles and South Bend became obsolete as the railroad routes expanded their scope.  Gradually, the stage line which had been running daily from city to city and through Bertrand ceased altogether.  The last major problem was the presence of land speculators who bought up parcels in the town, and in an attempt to make a fortune, jacked up the prices.  Presented with high prices on land, many settlers simply went elsewhere.  Many of those who had settled in Bertrand realized that the town was going nowhere and themselves left for greener pastures.

Describing the town as viewed from the cemetery in 1935, Br. Ringwelski states,
To the east small chains of hills can be seen.  In all other directions old buildings, which are remnants of the once powerful glory of Bertrand, can be seen.  Before our eyes, ruins and desolation left behind by ones who enjoyed great feasting and pleasure are silent voices to the decay of earthly and outward things.  As one stands within the cemetery and looks across the river, he realizes that complete abandonment has swept across Bertrand.  A gloom, silence, and darkness surround all who view the spot.  It is almost impossible to visualize the glory and beauty of the past Bertrand.  All that can be seen is the once powerful village crumbling slowly into forsaken tombs.
(EHB, pg. 33)
​
Even Joseph Bertrand himself pulled up stakes and left for Kansas in 1858.  He settled among the Pottawatomies he had known from Bertrand's early days in their new home in Kansas territory.  He lived there until his death in 1865 at the age of 86. 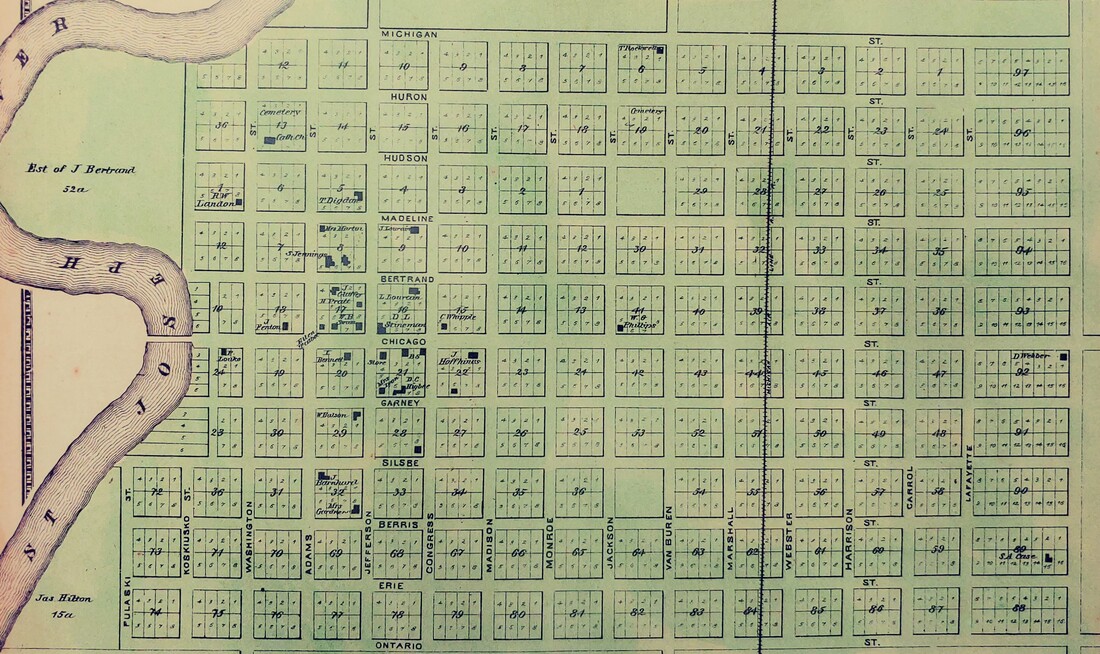 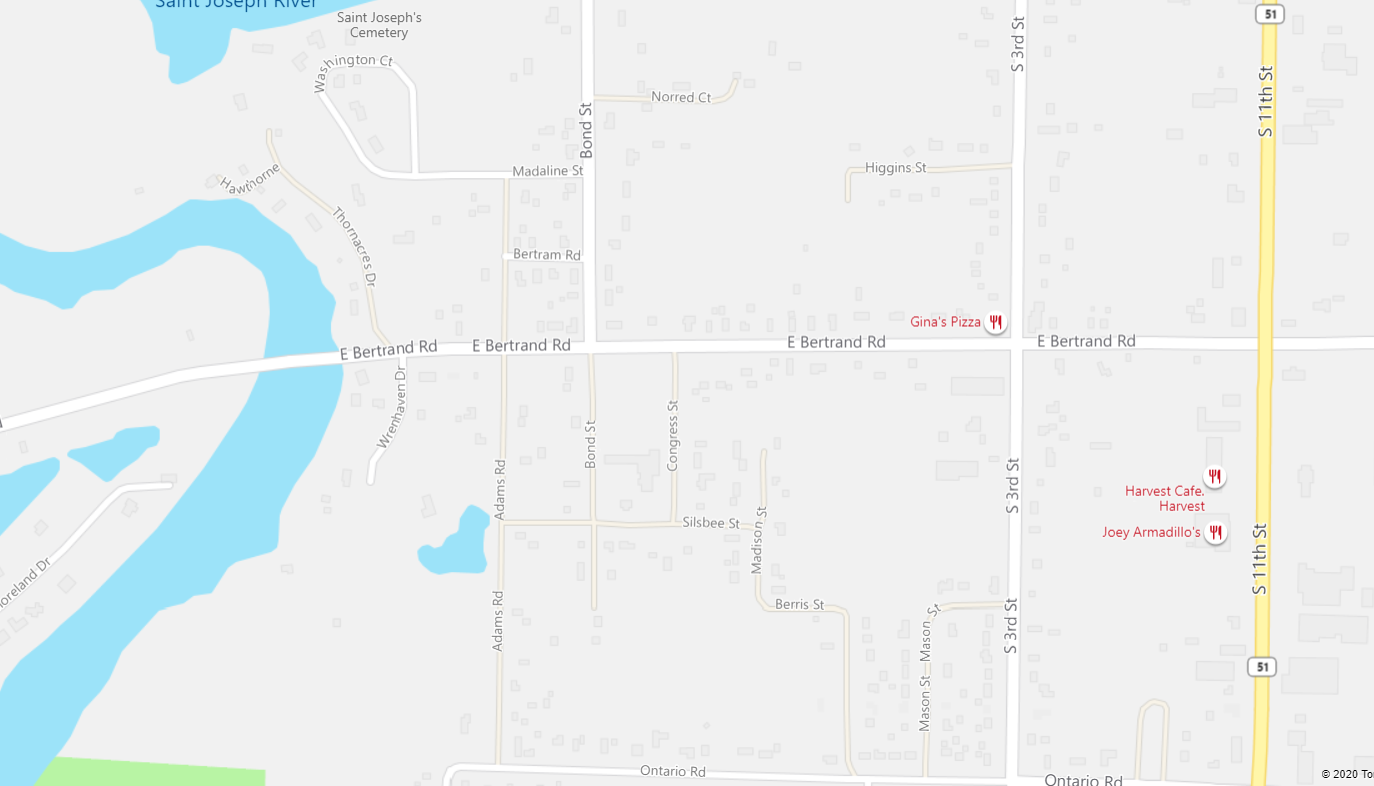