St. Joseph Mission and Cemetery, Bertrand
At least five veterans of the Civil War are buried at St. Joseph Cemetery.  These five individuals have government issued veteran markers.  There could possibly be other soldiers, but I am not sure (If you know, please pass it along to me!)

The 12th Michigan was mustered in at Niles in March of 1862 under the direction of Col. Francis Quinn.  Their initial strength was 1000 officers and men.  One month after being created and two weeks after leaving the state the regiment was involved in one of the largest battles of the war at Shiloh in western Tennessee.  Following Shiloh, the 12th took part in various posts in Mississippi and Arkansas including the Siege of Vicksburg.  After Vicksburg, the regiment spent the rest of the war as occupational forces in Little Rock, Arkansas.  They were mustered out of service in February of 1866.
The total number of enlistees in the regiment was 2,357.  Of these, 29 were killed in action and 26 died of wounds received in battle.  316 died of disease and 17 died in Confederate prison camps.  221 were discharged for disability.
Robert Charlton joined the regiment in Feb. of 1864 and was discharged in June, 1865.
Three Dulan brothers, John, Morris and Patrick joined the 12th Michigan in the late fall and early winter of 1861.  Morris was discharged for disability in July of 1862 while the other two served through the rest of the war (almost) and were discharged in January of 1865.  Patrick, who passed away in 1905 is buried at Calvary Cemetery in Niles, and his stone states his name is "Dulin". Though both Morris and John have stones in this cemetery, more research is needed to determine whether John is buried here or not.  All three of these government stones were not placed until 1990... 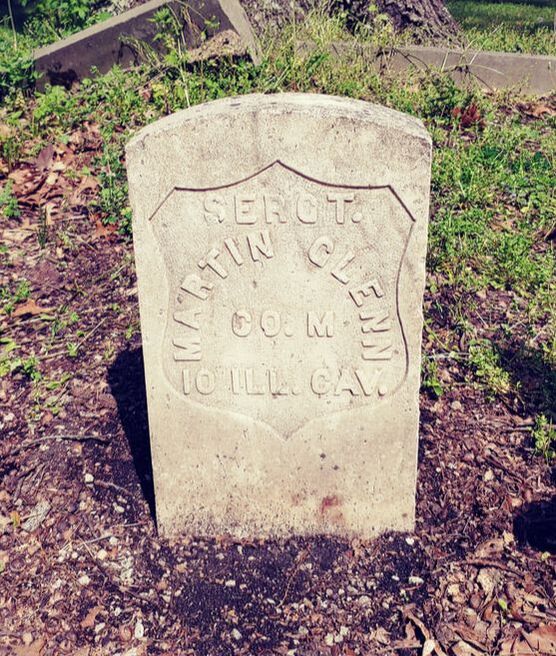 The 10th Illinois Cavalry served in the Trans-Mississippi department during the war and saw action during the battles of Prairie Grove, Little Rock and Arkansas Post, Arkansas.  At the end of the war they were used in a policing action in New Orleans following the assassination of President Lincoln and likewise saw action in Texas against native tribes later in 1865.  The regiment lost 25 men in action and 265 from disease.
This seems to be the only "original" military marker for a civil war soldier in the cemetery.  Sadly, it does not give the dates of his birth and death, but hopefully with a little more research I can discover these.  Though Martin lived in Illinois at the time of the war, he apparently moved to Michigan afterward and ran a saloon.  He married Mary Sherahoe in 1867 in Niles before Fr. Cappon.  Both he and Mary are listed as being born in Ireland. 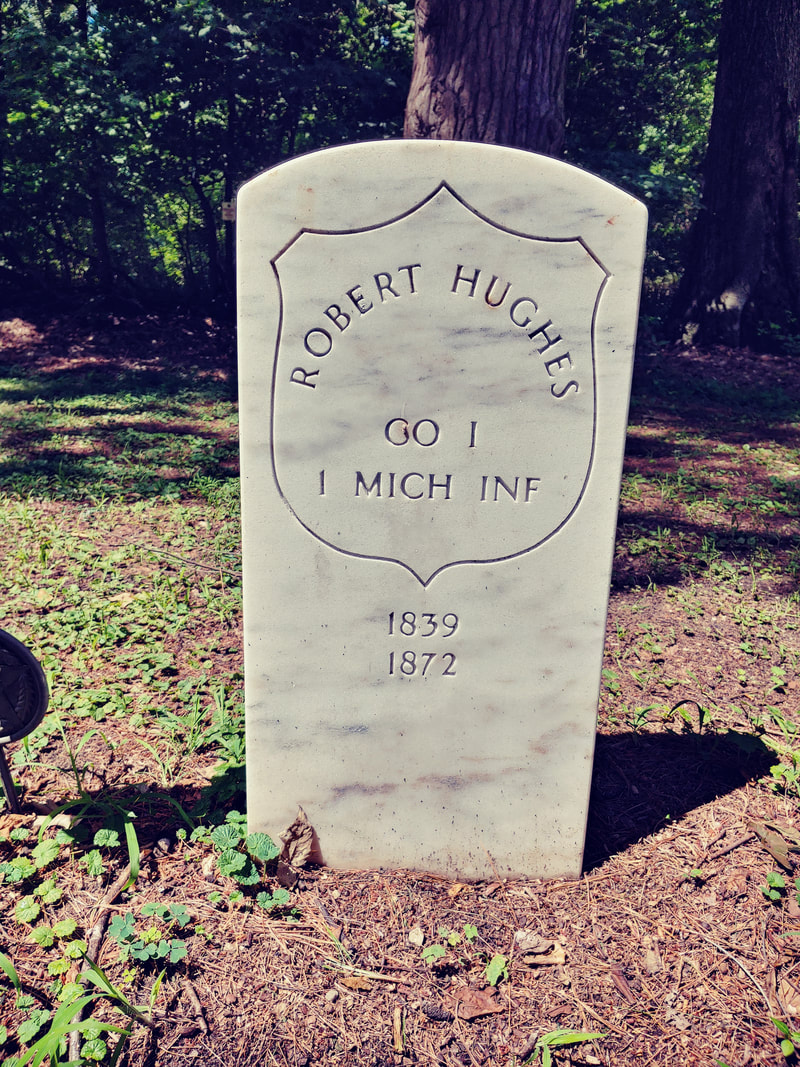